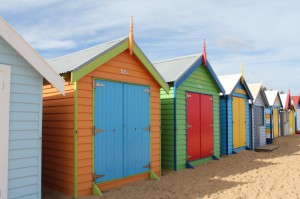 Property Settlement is the term used to describe the division of assets and liabilities that usually occurs after the breakdown of a marriage or de facto relationship.

In most relationships, assets have been acquired in joint names and liabilities have been jointly incurred. After separating, people naturally want to end that financial connection. They want to receive their fair share of the assets as they go their separate ways.

For people who have agreed how to divide their assets, it is sensible to consider whether to make their agreement legally binding. Sometimes after reaching ‘agreement’, people change their minds about the agreement or their circumstances change. Informal agreements can fall apart. Making arrangements legally binding will stop former partners trying to take ‘a second bite of the cherry’ and will achieve finality and certainty.

Property settlements that are agreed can usually be made legally binding by obtaining orders from the Family Court in the same terms as the agreement. Alternatively parties can make a Financial Agreement under the Family Law Act. To be legally binding, Financial Agreements must comply with various legal requirements and both parties must have independent legal advice.

Most separating couples reach agreement about the assets and liabilities that each of them will keep. Sometimes the settlement discussions are amicable and take place over a coffee at the kitchen table. Sometimes however the discussions are more strained and a number of exchanges are necessary before the issues can be resolved.

It is also common for separated couples to be unable to discuss financial issues with each other. Sometimes, one of the parties might be at a real disadvantage if they try to negotiate on their own behalf. In those cases, it can be productive for negotiations to be conducted through lawyers. A mediator might also be involved before a final agreement can be reached.

In a small minority of cases it is necessary to start Court proceedings for a settlement to be determined. Starting Court proceedings does not automatically mean that a judge will decide the outcome as cases can be settled at any time during the process. Most cases that are filed in Court are settled by agreement.

Starting Court proceedings may be necessary for a number of reasons, including:

How is it worked out?

Most separating couples can agree on a fair division of their assets. However, reaching agreement can sometimes be very difficult and the parties might have quite different opinions about what outcome would be fair.

Cases that go to Court are decided by judges applying the Family Law Act. The Court has significant latitude in deciding the outcome of cases but is required to make orders that it considers to be just and equitable. In deciding what outcome is just and equitable the Court must consider:

Taking all relevant information into consideration, the Court will then decide what share of the assets should be received by each of the parties and how the division should be done. This will include which particular assets should be retained by each party, and what adjustment is appropriate.

Sue and Michael have the following assets, superannuation and liabilities:

All of the assets, liabilities and superannuation have been accumulated during Sue and Michael’s marriage. They have also benefited from an inheritance received by Michael after his aunt died. Michael used the inheritance by paying it off the home mortgage.

Michael and Sue have a child who will live mainly with Sue. Michael earns a higher income than Sue.

The Court decides that Michael has made greater contributions than Sue because of the inheritance that he received. However, the Court also considers that Sue has greater “future needs” than Michael because she has a lesser income and their child lives mainly with her.

The Court is likely to decide in this scenario that:

The outcome of the settlement for each of the parties is that they receive:

The orders made by the Court are that:

The first Court date usually involves orders being made about:

Conciliation or mediation involves the parties attending a conference and making a genuine effort to resolve the issues in dispute and reach agreement.

Prior to attending conciliation or mediation each of the parties should have made full and frank disclosure about their financial circumstances so that negotiations can take place on an informed basis.

Usually, after hearing the case the judge will reserve their decision. This means that the judge will take some time to consider the evidence, determine the appropriate outcome and prepare a written judgment. When the judgment has been completed the parties are notified and the judgment is “delivered”. It can take several months after the conclusion of the final hearing for judgment to be delivered.

Any application to the Court for orders for Property Settlement must be lodged before any Divorce Order has been in place for 12 months (for a married couple) or within 2 years of relationship breakdown (for a de facto couple). After that time has expired, the applicant (the person seeking the orders) must seek leave of the Court to proceed with the application and satisfy the Court that they would suffer hardship if leave were not granted.

Spousal maintenance is financial support provided by a person to their former husband or wife.

The situation in which spousal maintenance is most often paid is prior to the conclusion of a property settlement.

It will often be important to spouses with higher incomes to terminate any rights that their former partners might have to receive or claim spousal maintenance to complete a financial settlement.

The main differences in the way the law applies to separating married couples and separating de facto couples relates to time.

In general, applications for Property Settlement or Maintenance cannot be made by parties to a de facto relationship unless they lived in such a relationship for at least 2 years. However, an application may be made if the parties have a child or if one party has made substantial contributions and an injustice would result if that party were not allowed to proceed with their application.

In addition, any application for Property Settlement or Maintenance by a party to a de facto relationship must generally be filed within 2 years of the breakdown of the relationship. After that time has expired, the party seeking orders must seek leave of the Court to proceed with the application and satisfy the Court that they would suffer hardship if leave were not granted.

A Financial Agreement is an agreement made under the Family Law Act either prior to or during a marriage or de facto relationship, or following the breakdown of the relationship, that provides for the division of assets or maintenance of the parties.

Financial Agreements are a type of contract. They can be an effective way of documenting an agreement about financial issues that is legally binding, if they comply with relevant formalities, and do not require the approval of the Court.

If a Financial Agreement is set aside, the Court may then make orders about the issues that were dealt with in the Agreement.

For example, a couple getting married decide to make a Pre-Nuptial Agreement. They agree that they do not want to have children and that they wish to keep separate control over their individual assets and incomes. The husband has invested primarily in real estate and the wife has invested primarily in the sharemarket. They make a Financial Agreement stating that if they separate, each of them will retain their own assets and neither of them will pay spousal maintenance to the other. However, they fall pregnant and decide to keep the baby. The wife reduces her work commitments to care for the child, the sharemarket collapses and the couple separates. In these circumstances, the Court is likely to set aside the Financial Agreement made between the parties and make orders for property settlement that are just and equitable.