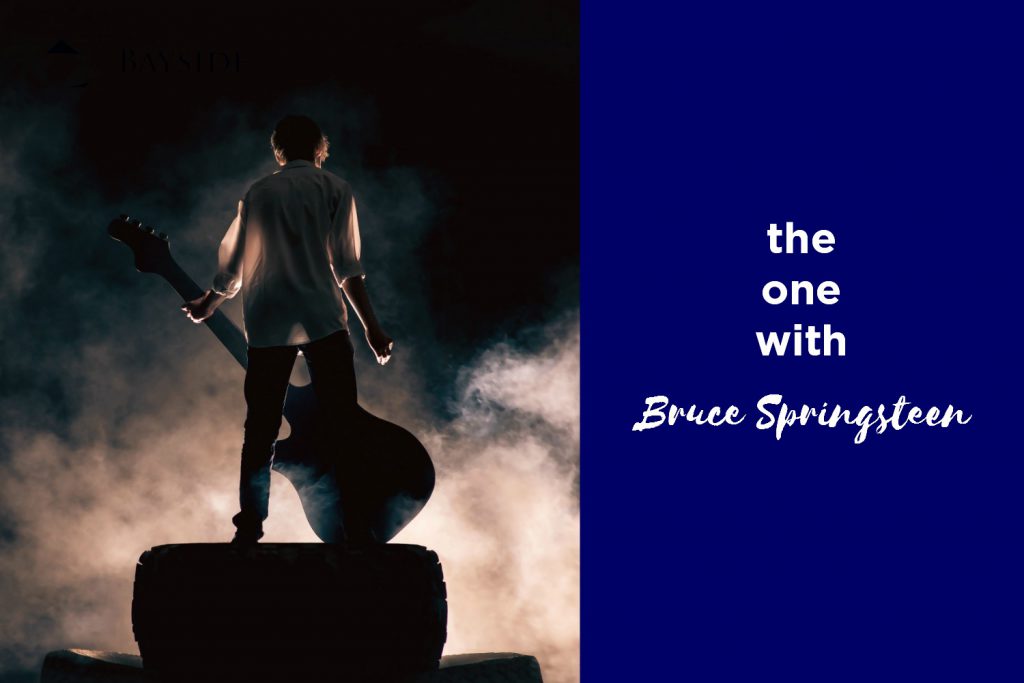 There’s a definite sense of changing seasons here in Melbourne’s Bayside. And in that spirit of change, Bayside Family Law Solutions we have decided to bring you something a little different in tone to our previous blogs. It’s our fifth post, after all!

Make no mistake; in this month’s Bayside Family Law Solutions blog there will be no weighty discussions about drug and alcohol addiction, domestic violence, mental health issues or their effect on children and property settlements. If you would like to read our blogs on those important matters and more, head right here. This blog is going to be a lot more personal. This month you’ll be getting to know me, Bayside Family Law Solutions’ Principal Chris Forster. And you’ll also be learning a little more about a certain man and his music. 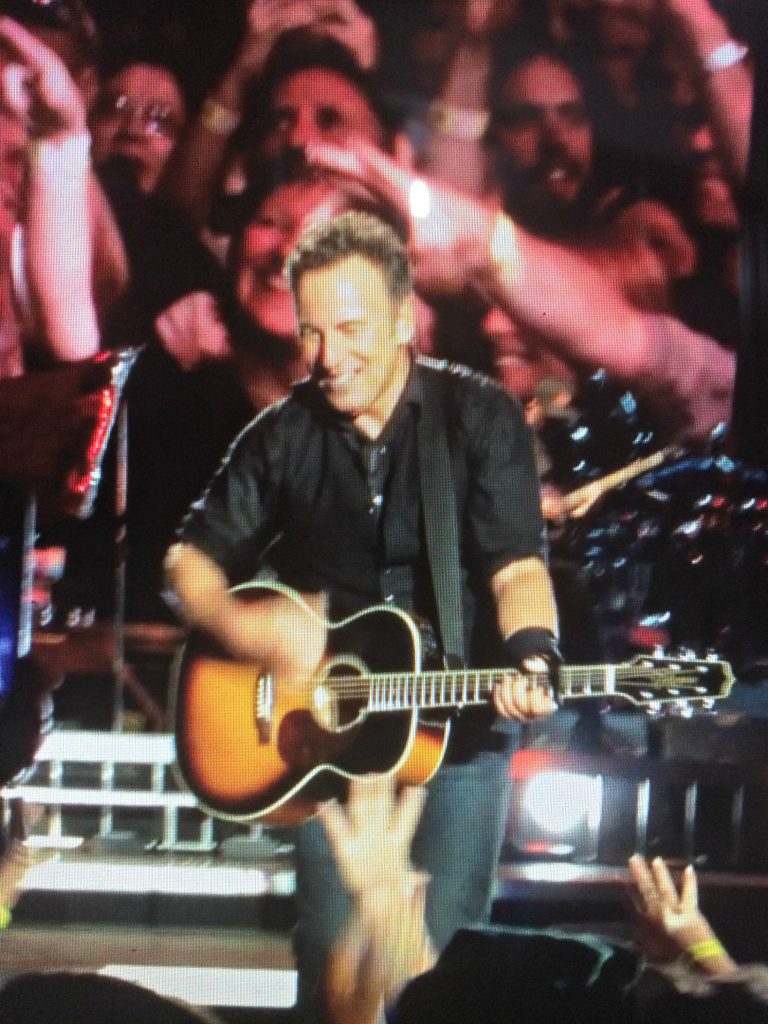 When deciding to share more about myself with you, I could have talked about my favourite ‘war stories’, career background and qualifications – you know, standard lawyer stuff. (If you do want to know more about the professional me, then clicking here should answer all your questions.) In deciding to share personal stuff with you, I could have elaborated on some of our recent social media posts, and told you about how I get a kick out of skateboarding to the office, or that sometimes our spoilt Border Collie ‘Lillie’ likes to come and keep me company while I work. And, of course, if time had permitted, I would have shared with you my love of kiteboarding on the Bay, which is very conveniently a matter of metres from the back door of the office.

But this post is about The Boss: Bruce Springsteen, and what his music means to me.

Bruce has a lot of Australian fans, particularly in the Gen-X demographic, and I expect there are more than a few followers of this blog who also love the man and his music. If you’re one of them, catch me on Facebook and let’s chat!

When Bruce catapulted to international super-stardom upon the release of Born in the USA back in 1985, I was an instant convert. I ripped into his back catalogue and had a copy of his live albums on high rotation at home, on my boom box, in the car (which by the way was a pretty impressive Holden Gemini) – and on the Walkman too. I found a vinyl copy of Bruce’s first album ‘Greetings from Asbury Park’ and grabbed that too. I was hooked. 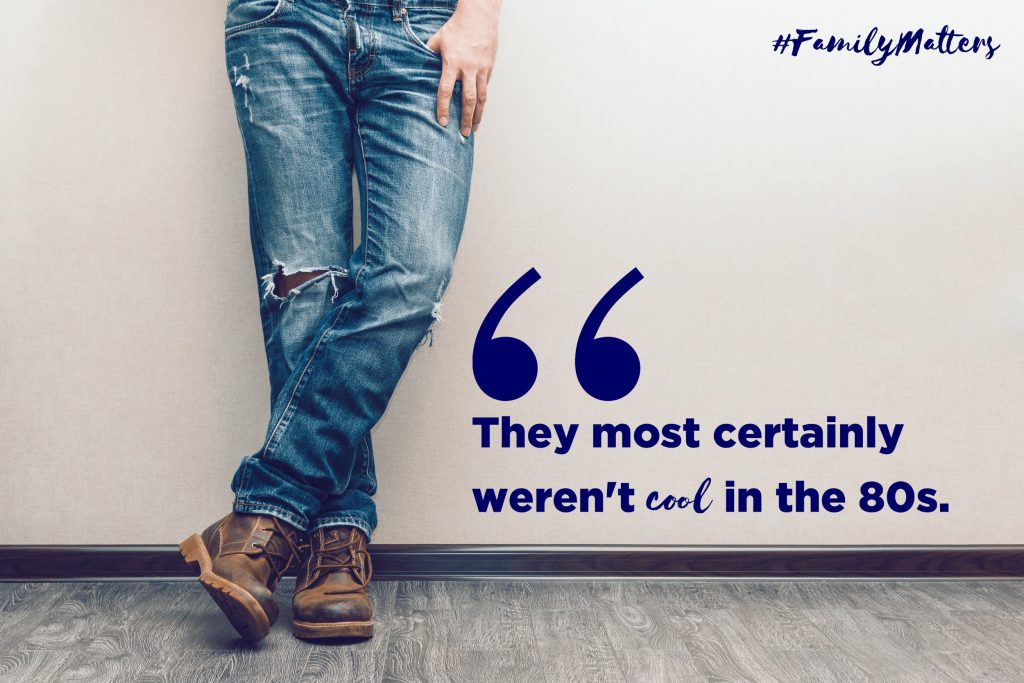 Bruce sang about the angst of growing up, feeling lost, trying to feel comfortable in his own skin, and one hell of a fraught relationship with his old man. All of that resonated with a lot of teenagers – including me. There was also a healthy dose of rage somewhat appropriate to my coming-of-age back then, and a sense of the whole world being against him sometimes. It all made sense in the middle of the Cold War, with the rise of the Yuppie and the whole ‘greed is good’ mantra of Gordon Gecko.

“But you wanted to be a lawyer!” I hear you cry. Well yeah, but I staged my own resistance to yuppie-dom; my standard Law School dress being ripped jeans and flannel shirt rather than the usual Country Road get-up. Oh, and this was the 80s, so while ripped jeans and a flannie are probably decking the walls of a hipster hall of fame somewhere in 2017, they certainly were not cool back then.

Bruce also sang about a whole lot of fun stuff – racing cars, swimming at the lake, hanging with mates, girls, dancing and of course becoming a rockstar! According to Bruce, his Ma told him that he should be a lawyer. He also tells a story about dealing with a lawyer after getting banged up in a motorbike accident. Some of Bruce’s darkest songs focus on crime as a consequence of being out of work, losing hope, and desperation, and well, lashing out.

But Bruce is also a romantic, a storyteller and a poet. He sings of a life well-lived, featuring a raft of characters like Wild Billy and Crazy Janey. Although he doesn’t shirk the bad stuff in life, Bruce’s music clings to hope. He sings of believing in The Promised Land, of faith and redemption. 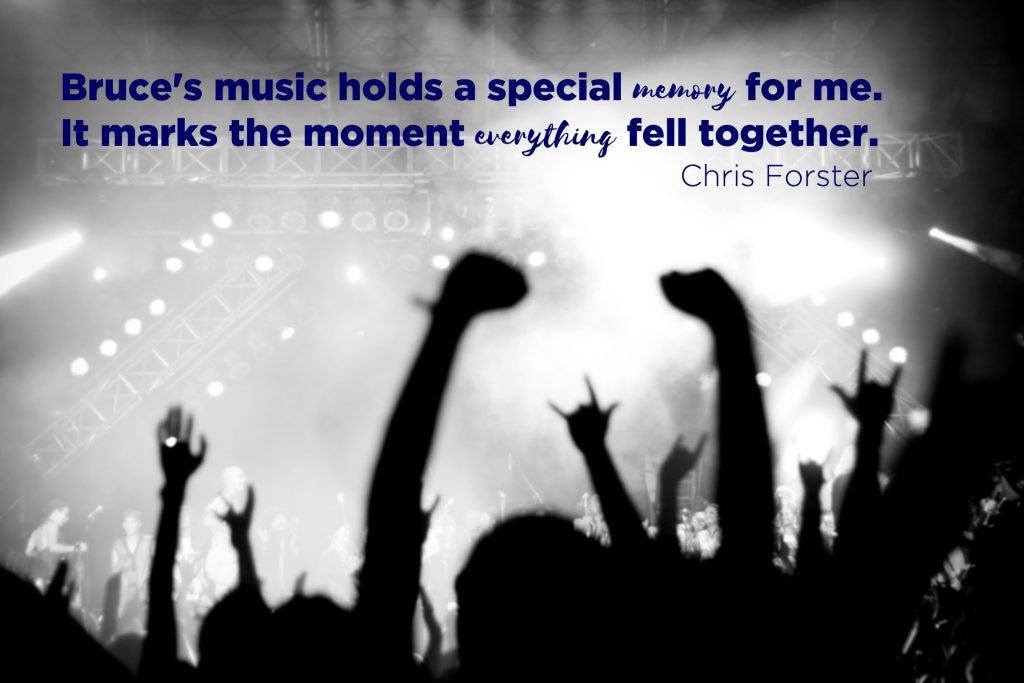 Age has not wearied dear Bruce. He still rails against injustice, greed and corruption, and stands with the oppressed. Bruce remains a man true to principles forged in a tough New Jersey childhood.

Then, there’s the music itself – the rock anthems and guitar riffs that blow you away, the sax solos from Clarence Clemons and that haunting harmonica. Bruce’s music holds a special memory for me. Each show I’ve seen has been pretty special – post-September 11 at Rod Laver, 2015 at AAMI with Hunters & Collectors, 2017 at Hunter Valley with Jet and a massive hailstorm. The best show of them all, with the man and his band so close you can reach out and touch him (actually my partner touched him twice – so unfair!) was at Hanging Rock in 2014. This night was the moment that all these things came together. For me, this was one of the greatest days of my life.

If you have never seen the Born to Run clip, do yourself a favour and watch it. This is five minutes of online time you won’t regret.

I’d love to hear from any followers who would like to share any similar stories about Bruce – or a cultural icon that has played an outsize role in their growth and identity. 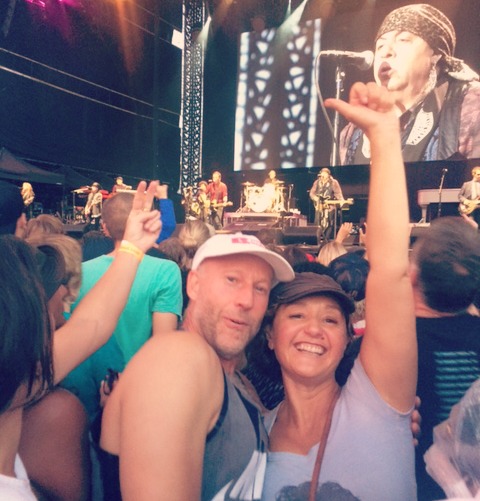