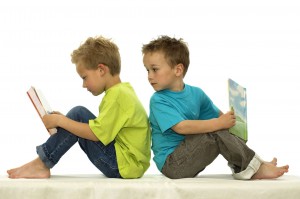 Reaching agreement about living arrangements for children is straightforward for some separating couples but it can also be extremely difficult. Emotional issues relating to the breakdown of a relationship can often impact upon parents’ attitudes about future arrangements for the care of their children. Differences of opinion are also more likely to occur about schooling, rules and boundaries for teenagers, and discipline.

For separating couples that have children, it will be of enormous benefit to their children and to themselves if conflict and acrimony can be avoided.

Some separating couples who have agreed upon living arrangements for their children choose to formalise those arrangements. Parents may make a Parenting Plan, which is a relatively informal and flexible form of agreement. The alternative is to apply to the Court for orders to be made under the Family Law Act.

Under the Family Law Act the Court can make decisions about disputes such as: –

In most cases, parents will have shared parental responsibility. This means that parents are legally obliged to consult with one another about decisions that need to be made about the long-term care, welfare or development of their children. These issues include schools to be attended by children, elective medical treatment and religious upbringing.

Separated couples who cannot reach agreement between themselves about their children’s living arrangements or upbringing sometimes seek the assistance of lawyers to negotiate a resolution of the issues in dispute. They might also participate in mediation.

In most cases, an application to the Court for orders about children’s issues cannot be made unless a person has met legal requirements relating to Family Dispute Resolution.

Family Dispute Resolution (FDR) is a form of mediation. Registered FDR practitioners will assist parents to attempt to resolve their dispute. If the issues cannot be resolved, they can issue a certificate stating that the parties have met the FDR requirements.

Further information about FDR including tools to locate registered FDR practitioners is available on the government website www.familyrelationshipsonline.gov.au. In the Bayside area, the Family Mediation Centre in Moorabbin offers FDR services.

If a dispute about their children cannot be resolved, either parent might decide to start Court proceedings and seek orders to determine the dispute. Court proceedings might be started for a number of reasons, such as:

The Court process in children’s cases usually involves a few stages. The path that a case will follow might be affected by the nature of the issues in dispute. For example, a relocation case would involve different procedures to a case involving allegations of child sexual abuse. However, most children’s cases involve disputes about the amount of time that children will live with or spend with each of their parents and associated issues.

In most children’s cases, applications will be allocated a first Court date. At this hearing, the Court might:

An interim hearing is often required in children’s cases to determine their living arrangements from that time until a final hearing can be held, which might be 6 to 12 months later. Interim hearings are usually held without witnesses being cross-examined and usually take less than 2 hours. They involve arguments being put to the Court on the basis of the evidence contained in affidavits, which are essentially sworn statements.

The Family Report is an important piece of evidence that will usually assist the Court to determine what orders are in the best interests of the children. It is prepared by a psychologist or Family Consultant appointed by the Court. The writer of the Family Report will interview each of the parents to discuss their concerns and will usually observe the children interacting with their parents. Unless the children are very young, the report writer will usually meet separately with the children. They will then prepare a written report about their observations and sometimes make recommendations about the orders that they consider would be in the best interests of the children.

At the end of the final hearing, the Court will usually reserve its decision. The judge will take some time to consider the evidence, determine the appropriate outcome and prepare a written judgment. When the judgment has been completed the parties are notified and the judgment is “delivered”. It can take several months after the conclusion of the final hearing for judgment to be delivered.

Family law provides for disputes about children to be determined according to their best interests.

The law includes underlying principles and objectives. For example, a principle of the law is that children are entitled to have a relationship with both of their parents and to spend time with each of them on a regular basis. The law also requires in most cases that the Court must consider making orders for shared care of children. If shared care is not reasonably practicable, the Court must consider making orders that will result in children having “substantial and significant time” with the non-resident parent. However, there is no standard or fixed outcome in children’s cases. The law provides for an assessment to be made in each case of the best interests of the individual child concerned.

There is a long list of factors that the Court must consider in determining what is in the best interests of a child. First and foremost is to protect children against harm from family violence. The other primary consideration is the benefit for children of having a meaningful relationship with both of their parents. There are many additional factors to be considered, including the nature of the child’s relationships with each parent, any issues of family violence, the capacity of the parents to provide for the child’s needs, and the wishes of the child.

The Court must consider how the relevant factors apply to each individual case to determine what orders are in the child’s best interests.

Child support is maintenance that is paid by one parent to the other for the financial support of their child or children.

Alternatively, parents can apply to the Child Support Agency to assess the amount of child support that should be paid. The Agency will apply a formula that takes into account the ages of the children, the incomes of the parents and the care arrangements for the children to calculate the amount of child support. Parents can also ask the Agency to collect child support payments from the liable parent and pay them to the eligible parent.

The Child Support Scheme allows for parents to object to decisions made by the Agency, to apply for variations to be made to the calculated amount to take changing circumstances into account, and for a portion of child support payments to be made by directly meeting costs of the children such as by payment of private school fees.

Child support is usually payable until a child is aged 18 years or completes the year of schooling in which they turn 18.

Detailed information about the operation of the child support scheme is available on the website of the Child Support Agency.